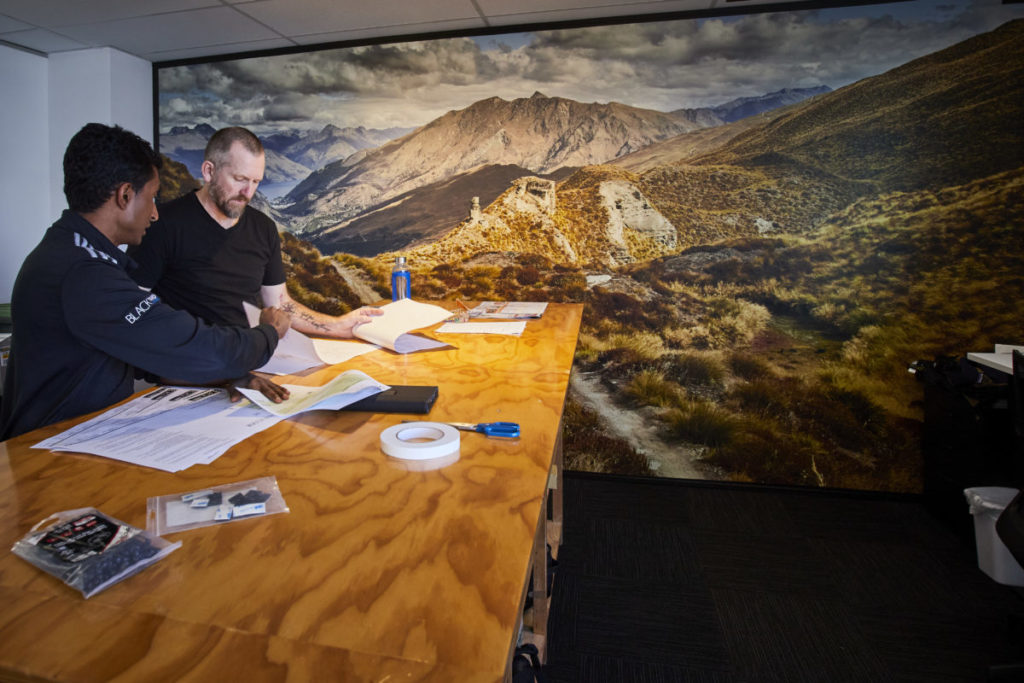 BlackYARD Engineering recently took the opportunity to relocate into a new office space, where we could apply to our own project many of the clever electrical design practices that we have developed over the years for our clients.

Our new space has been specifically designed to better align with the culture and personality of Team BlackYARD (seen in the interior design which pays homage to all things outdoors). Our new office fit out also allowed us to implement a number of cool new building services technologies.

Now located on Level 6, 86 Victoria Street, Wellington – Team BlackYARD invites our clients and colleagues to drop in and check out the place. 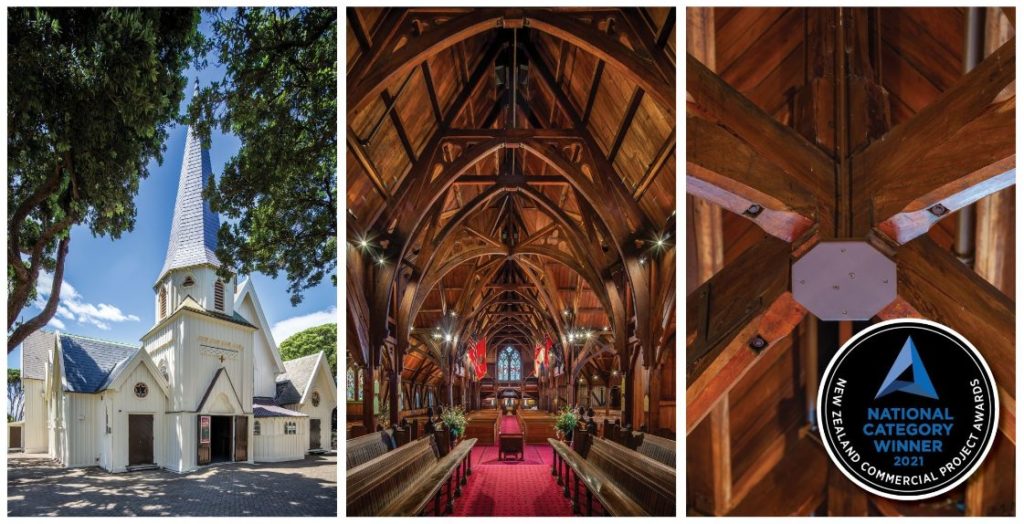 The Old St Paul’s Seismic strengthening project was special far beyond being a heritage icon.

Faced with the challenge of needing to repair, upgrade and structurally strengthen the building, which was damaged in the 2016 Kaikoura earthquake, Heritage New Zealand Pouhere Taonga partnered with BlackYARD Engineering (as part of the wider project team) to achieve a well thought out and executed electrical upgrade.

BlackYARD Engineering audited the existing electrical systems and then designed and documented upgrades to bring these systems up to the latest safety standards. This included the addition of Arc Fault Detection Devices (AFDD) on all sub-circuits providing additional protection to the heritage timber building. Using microprocessor technology AFDD’s analyse the waveform of the electricity being used to detect any unusual signatures which would signify an arc on the circuit. Detection of an arc on the circuit, results in the power to the affected circuit being cut off, thereby potentially preventing a fire. AFDD’s are far more sensitive to arcs than conventional circuit protective devices.

BlackYARD Engineering also totally re-designed the lighting systems based around a user brief extracted from the heritage architects, as well as the users of the space, to deliver a multi-scene space that caters for all of the uses of the building. The change was dramatic!

This team not only delivered a very unique project but were also recognised with a Gold and National Category Award in the Heritage and Restoration category of the 2021 New Zealand Commercial Project Awards.

This was a fabulous outcome of the collaborative and trust-based approach, and dedication of a lot of people. 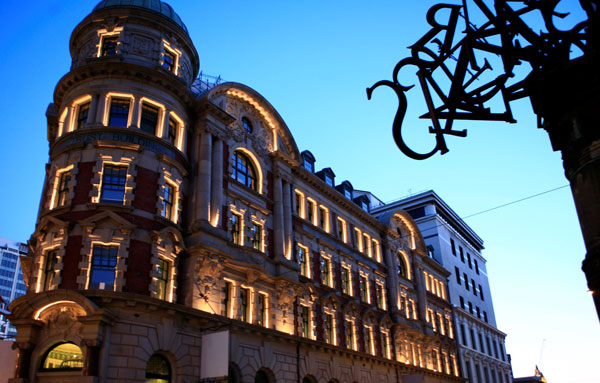 When Wellington’s Public Trust Building, which has sat proudly on the corner of Stout Street since 1908, required a seismic upgrade and full restoration in 2013, BlackYARD Engineering were engaged to enhance the Edwardian Baroque features of the category 1 heritage building using creative and energy-efficient lighting.

The result is a stunning restoration that saw the BlackYARD team receive a Lighting Design Award from the Illuminating Engineering Society of Australia and New Zealand. 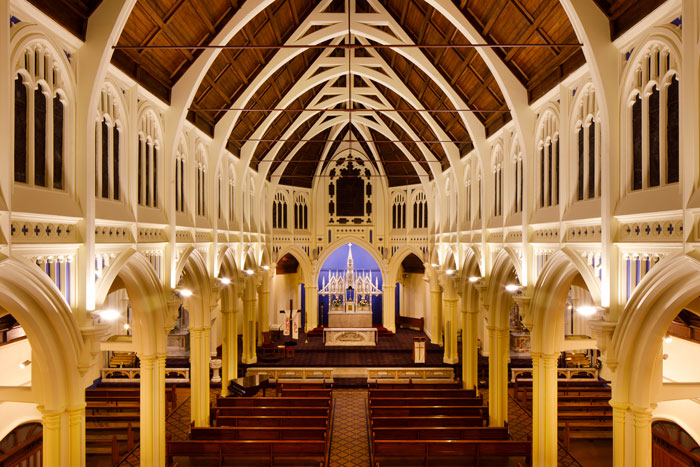 Designed in 1918 by Frederick Jersey de Clere, St Mary of the Angels is believed to be the first reinforced gothic church in the world. The Category 1 heritage building was not damaged in the July 2013 earthquakes, but the parish decided to bring forward planned strengthening work and the doors of the church were closed for four years.

The $9.5 million re-strengthening was funded by grants and donations, and a tight budget led to numerous innovations. We were responsible for all electrical services and worked diligently with architects, Bulleyment Fourtune, and builders, LT McGuinness, to provide good, solid, value-based electrical engineering design services.

The re-opening of St Mary’s of the Angels featured on national television in April 2017 with the end results speaking for themselves. The church looks magnificent with no indication of the massive structural works, that have brought it up to nearly 100 per cent of the building code, behind the new paint and plaster. The discrete and super-energy-efficient lighting design accentuates the grand features of the building without drawing attention to the lighting systems themselves. 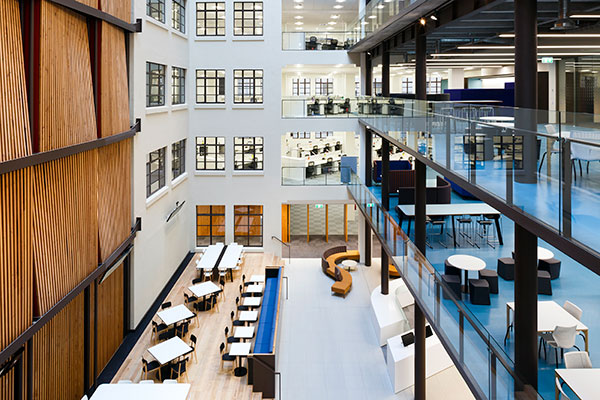 The 15 Stout Street redevelopment involved one of Wellington’s most iconic buildings located in the Wellington City Council Stout Street Precinct Heritage Area. Constructed in the art modern style, with bold granite cladding and curved bronze windows, many Wellingtonians consider it a favourite.

In 2014 McKee Fehl Constructors completed a $40 million redevelopment of this piece of Wellington history with BlackYARD Engineering responsible for the electrical fitout of both the base build and MBIE tenant services.

The glazed internal atrium, featuring acoustic panels made from damaged timber taken from the existing roof structure, is one of the key elements of the building’s composition, allowing visual connection between floors and offering sea views to the upper storeys. The ground floor, with its meeting and conference rooms and public café, is a key space for social and collaborative work.

15 Stout Street is the recipient of numerous awards, including Gold at the 2015 New Zealand Commercial Project Awards, a National Award in Restoration, a local NZIA Architecture Award, a Green Building Award and Excellence Awards in Commercial and Heritage and Adaptive Reuse categories. 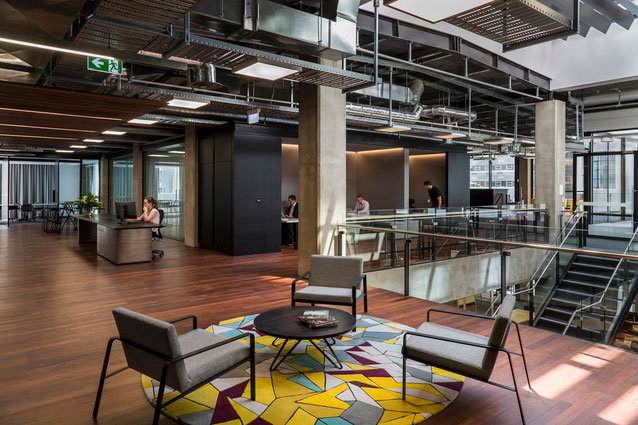 BlackYARD Engineering was responsible for both base build and fitout electrical services for the $1.6 million Intergen office fitout that specified exposed services.

Any services engineer will tell you that exposed services are tricky, and the clean lines and forms achieved to not happen by accident. The BlackYARD team worked closely with the in-house McKee Fehl design team to integrate all the services into the three-storey building’s common support structure. The result being one of the best examples of exposed services and an Interior Architecture Award for Warren and Mahoney.